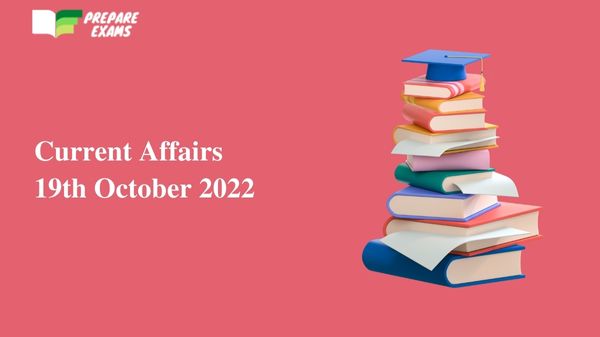 SBI General Insurance has launched a new insurance policy, renew an existing one, intimate claims and more, through WhatsApp. Customers can purchase insurance from SBI General by sending a ‘Hi’ and Gupshup’s chatbot will guide users through a simple and secure buying process, and help them complete the purchase within the WhatsApp chat thread.

President Droupadi Murmu appointed Justice D.Y. Chandrachud as the 50th Chief Justice of India (CJI) and Justice Chandrachud will take oath on November 9th, 2022, a day after incumbent CJI Justice Uday Umesh Lalit will retire from office on attaining the age of 65.

Adani Airport Holdings has elected Ericsson veteran Arun Bansalas its chief executive. Bansalspent 25 years at the Swedish telecom network company, and was most recently its president in Europe and Latin America.

Former Infosys president Ravi Kumar joins Cognizant as President Americas, said the company in a regulatory filing. he will assume the charge from January 16, 2023, and will report directly to Brian Humphries, CEO of Cognizant. Kumar replaces Surya Gummadi, who will hold leading the $5 billion Health Sciences Business of Cognizant,

Roger Binny elected as the 36th President of BCCI

Roger Binny has been elected as the 36th Board of Control for Cricket in India (BCCI) president unopposed at the Annual General Meeting (AGM) in Mumbai. Roger Binny is the highest wicket-taker of India’s triumphant 1983 Word Cup campaign and replaces former India captain Sourav Ganguly, whose three-year tenure as the board chief came to end.

GlaxoSmithKline Pharmaceuticals has appointed Bhushan Akshikar as the managing director (MD) of the company with effect from 1 December 2022 for a period of four years. Bhushan Akshikar will replace Sridhar Venkatesh, who will be in a new senior role within GSK Group effective from the same date as well.

JPMorgan Chase & Co named former Reliance Industries executive Navin Wadhwani as the head of its Indian investment banking business, under a slew of management changes for the Asia-Pacific region.

Serbian scientists name a new species of beetle after tennis player Novak Djokovic due to its speed, strength, flexibility, durability and ability to survive in a difficult environment. A new species of beetle belonging to the Duvalius genus of ground beetles that are present in Europe was found in an underground pit in western Serbia.

IRS Joint Commissioner GST, Custom & Narcotics and youth influencer Sahil Seth launched his book titled ‘A confused Mind story’, which is based on the contrast between the spiritual and material world. ‘A confused Mind story’ book highlights the answers behind the confusion of the common man in day-to-day life and explains the rationale behind the meaning of life and belief system. The book was launched and the first look was Unveiled in the presence of Union Health Minister Sh Mansukh L Mandaviya.