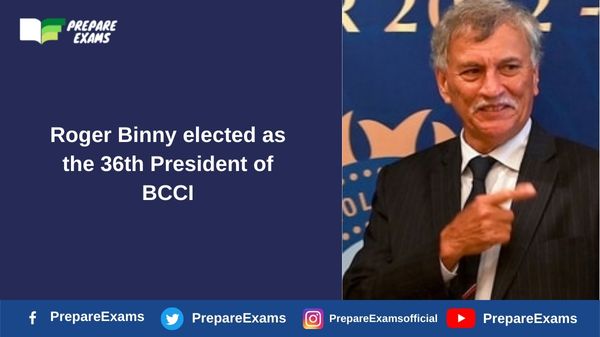 Roger Binny elected as the 36th President of BCCI – Roger Binny has been elected as the 36th Board of Control for Cricket in India (BCCI) president unopposed at the Annual General Meeting (AGM) in Mumbai. Roger Binny is the highest wicket-taker of India’s triumphant 1983 Word Cup campaign and replaces former India captain Sourav Ganguly, whose three-year tenure as the board chief came to end.

The other BCCI office bearers