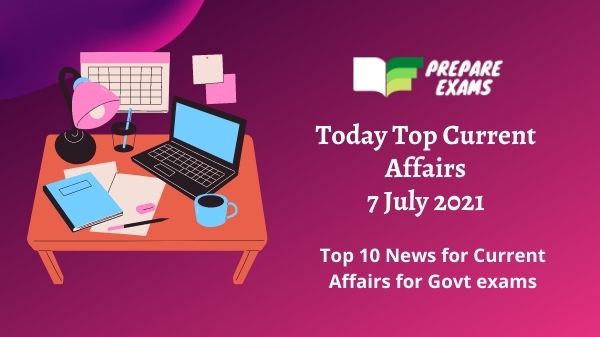 DPIIT sets up a 9-member panel to curb Digital Monopolies

The department for Promotion of industry and internal trade (DPIIT) has created a nine-member panel in order to design an open network for digital commerce (ONDC). the main purpose of this is to curb monopolistic tendencies of e-commerce platforms, among others, and thus creating a platform that can be utilized by all online retailers.

The members of the panel

Indian-American, Neha Parikh, has been elected as the new CEO of Waze, a crowd-sourced GPS navigation app and a subsidiary of tech giant Google.

Legendary actor Dilip Kumar has passed away at the age of 98 on 7th July 2021 in the morning. Dilip Kumar is popularly known as the tragedy king of Bollywood. he is survived by his wife, veteran actor Saira Banu.