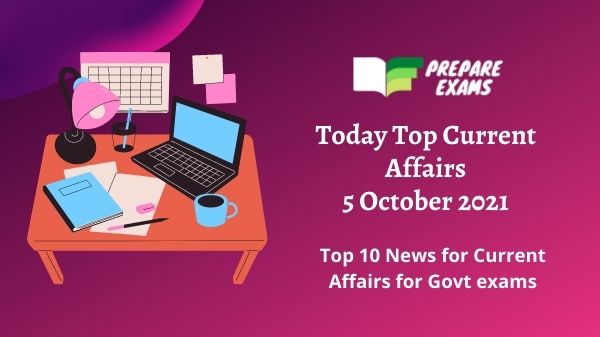 About Institute of Company Secretaries of India (ICSI) –

On 4th October 2021, Defence Secretary Dr. Ajay Kumar has launched a new website: www.indianrdc.mod.gov.in in New Delhi to mark the 75th year of Independence-Azadi ka Amrit Mahotsav. the website will showcase the Republic Day Celebrations of the year 2022.

Fumio Kishida sworn in as 100th Prime Minister of Japan

On 4th October 2021, the Parliament of Japan has selected the former Foreign Minister Fumio Kishida to become the new Prime Minister of the country.

On 4th October 2021, The Prime Minister of Ethiopia, Abiy Ahmed has been sworn in for a second five-year term, was administered the oath of office by Supreme Court Chief Justice Meaza Ashenafi.

Colonel Mamady Doumbouya sworn in as interim President of Guinea

On 1st October 2021, Colonel Mamady Doumbouya has sworn in as the Interim President of the coastal West African country of Guinea.

World Teacher’s Day is celebrated on the 5th of October every year to commemorate teachers across the globe. this day is also known as International Teacher’s day. it aims to recognize and celebrate each teacher’s contribution and efforts.