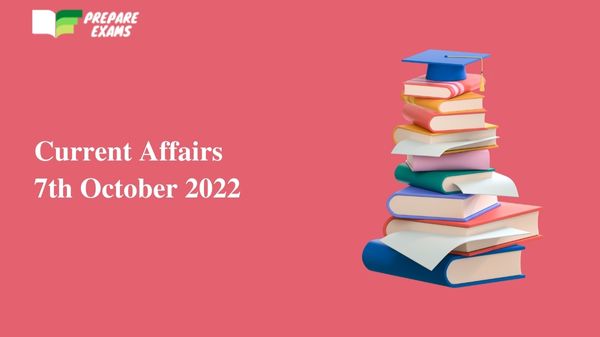 India emerges as largest producer of sugar in world

India emerged as the largest producer and consumer of sugar in the world and has become the second largest exporter. During the sugar season, 5,000 lakh metric tons (LMT) of sugarcane have been produced out of which around 3,574 LMT have been crushed by Sugar Mills to produce about 349 LMT of Sugar in the country. 35 LMT of Sugar was diverted to ethanol production and 359 LMT of sugar was produced in sugar mills.

The SASTRA Ramanujan Prize for 2022 to Yunqing Tang

Growth in India’s services industry eased to a 6-month low in September 2022, due to a cooling in demand amid high inflation. The S&P Global India services Purchasing Managers’ Index dropped to 54.3 in September 2022 from August’s 57.2.

The Rest of India’s side won the Irani Cup title and defeated the Ranji Trophy Champion of 2019-2020 Saurashtra by 8 wickets in Rajkot. Rest of India (ROI) chased down the 105-run target, with Abhimanyu Easwaran remaining undefeated on 63 runs while adding 81 runs and Kona Bharat not out at 27.