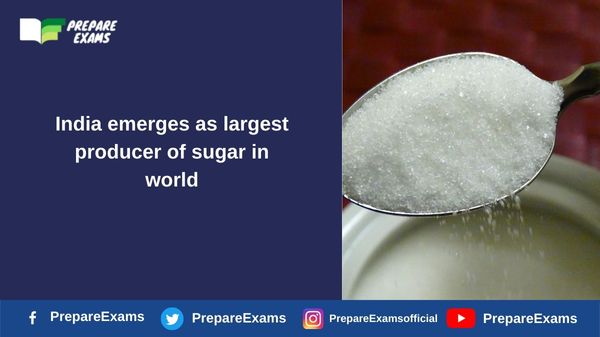 India emerges as largest producer of sugar in world – India emerged as the largest producer and consumer of sugar in the world and has become the second largest exporter. During the sugar season, 5,000 lakh metric tons (LMT) of sugarcane have been produced out of which around 3,574 LMT have been crushed by Sugar Mills to produce about 349 LMT of Sugar in the country. 35 LMT of Sugar was diverted to ethanol production and 359 LMT of sugar was produced in sugar mills.

India as the largest producer of Sugar

The 5 Countries That Produce the Most Sugar