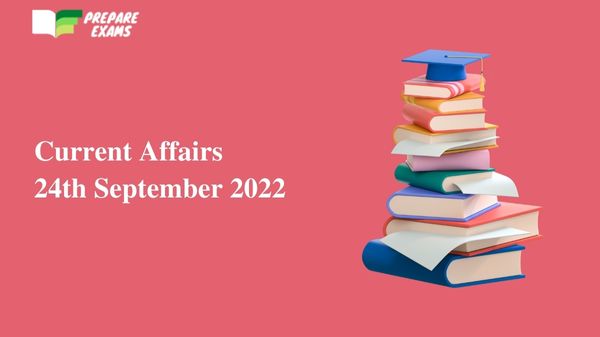 National Cadet Corps (NCC) and United Nations Environment Programme (UNEP) signed a Memorandum of Understanding (MoU) to tackle the issue of plastic pollution and achieve the universal goal of clean water bodies through ‘Puneet Sagar Abhiyan’ and ‘Tide Turners Plastic Challenge programme’. the MoU will remain in force for a period of three years and aims at consolidating, developing and detailing their cooperation and effectiveness to achieve the common objectives in the field of environment.

The Ministry of Defence signed a Rs 1,700-crore deal with BrahMos Aerospace Private Limited (BAPL) for the acquisition of dual-role capable surface-to-surface BrahMos missiles for deployment on warships of the Indian Navy. Dual-role capable surface-to-surface BrahMos missiles deal will help in enhancing the operational capability of Indian Navy fleet assets.

The game’s governing body ICC said The Oval and the iconic Lord’s will host the World Test Championship (WTC) Final in 2023 and 2025 respectively, on 21st September 2022. During the ICC Annual General Meeting in Birmingham in July 2022, England was identified as the host for the next two WTC Finals.

Every year, The International Day of Sign Languages (IDSL) is celebrated on September 23rd across the world. this day aims to create awareness of the importance of sign language in the full realization of the human rights of people who are deaf. It is a unique opportunity to support and protect the linguistic identity and cultural diversity of all deaf people and other sign language users.

Every year World Rose Day (Welfare of Cancer Patients) is celebrated on September 22 to give the cancer fighters the hope that they can keep their guards up like a warrior against the deadly disease. The day is celebrated to honour their brave efforts to defeat cancer. It also encourages and supports those people who are fighting their battle against cancer. the main purpose of the day is to bring happiness and hope into the lives of such patients and reminds them that they can emerge victorious in their battle against cancer through determination and positivity.