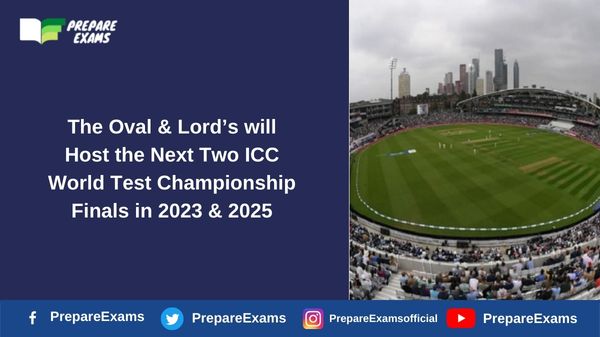 The Oval & Lord’s will Host the Next Two ICC World Test Championship Finals in 2023 & 2025 – The game’s governing body ICC said The Oval and the iconic Lord’s will host the World Test Championship (WTC) Final in 2023 and 2025 respectively, on 21st September 2022. During the ICC Annual General Meeting in Birmingham in July 2022, England was identified as the host for the next two WTC Finals.