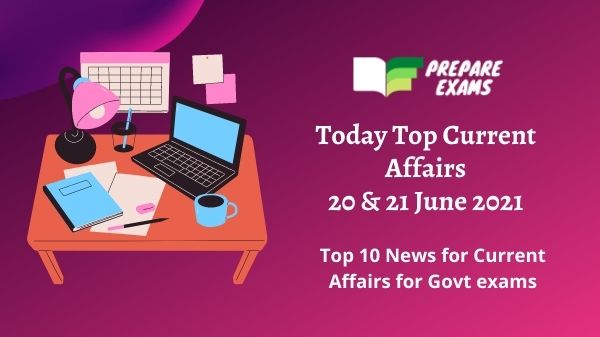 The Debswana Diamond Company has discovered a 1,098-carat diamond in Botswana with the government of Botswana and the South African diamond company De Beers.

Ebrahim Raisi has got the victory in the 2021 Iranian presidential election. Ebrahim received 62 percent of the vote with about 90 percent of ballots counted.

Who is Ebrahim Raisi

Ebrahim Raisi (Full name – Sayyid Ebrahim Raisol-Sadati) is an Iranian conservative and principlist politician and Muslim jurist. recently, has been elected in the 2021 Iranian presidential election.

Kevin O’Brien from Ireland has announced to take retirement from One-Day international cricket. Kevin is an all-rounder player and has played his last match for the country against the Netherlands on June 7, 2021.

The Flying Sikh Milkha Singh dies at 91 due to Covid

The legendary Indian sprinter Milkha Singh has taken his last breath at the age of 91. he was suffering from Covid complications.

DPIIT Secretary Guruprasad Mohapatra Dies at 59 Due to Covid-19

The Secretary in the Department of Industry and Internal Trade (DPIIT), Mr. Guruprasad Mohapatra has died at the age of 59. he was suffering from COVID-19 related complications.

World Humanist Day is observed on the June solstice every year around the world, and this year this day usually falls on June 21st.

International Day of Yoga is being celebrated on 21st June and it aims to create awareness around the world, regarding the many benefits of practicing Yoga. In 2021, it will be the 7th edition of the annual celebrations.

In 2015, the first International Day of Yoga was observed at Rajpath in New Delhi.

World Music Day takes place on 21st June every year. the aim of this day is to honor the amateur and professional musicians and this day also encourages them to showcase their work to the world.