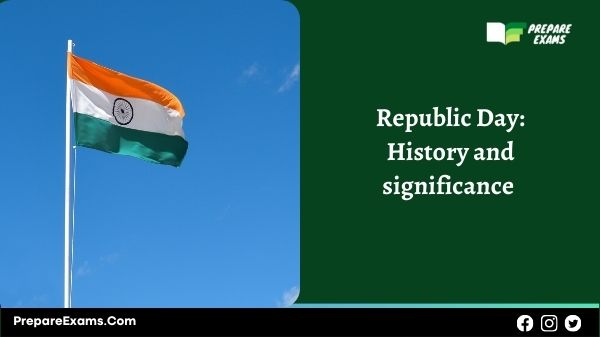 Republic Day 2022: History and significance – Every year, Indians observe Republic Day which is an important event in India’s history. Republic Day or 26th January commemorates the enactment of the constitution of India which came into effect on January 26th, 1950, and made the nation into a republic.