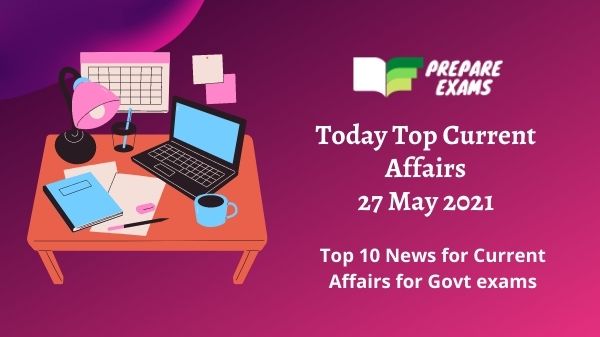 The Barclays has downgraded the GDP growth of India to 9.2 percent for FY22 due to Lockdown and COVID-19 2nd Wave. Barclays cuts a sharp 0.80 percent. prior to this, it was estimated to be 10 percent.

Microsoft has decided to retire the Internet Explorer 11 desktop browser on June 15, 2022. it will be retired for certain versions of Windows 10.

Anatole Collinet Makosso has been appointed as the Prime Minister of the Republic of Congo. his appointment was done by President Denis Sassou Nguesso. Anatole Collinet will take place of Clement Mouamba who was serving since 2016.

On 25th May 2021, a 1985-batch Maharashtra cadre IPS officer, Subodh Kumar Jaiswal has been appointed as director of the Central Bureau of Investigation (CIB).

NASA will send Rover VIPER on Moon in 2023

National Aeronautics and Space Administration (NASA) is planning to send its first mobile robot named Volatiles Investigating Polar Exploration Rover (VIPER) to the Moon in late 2023. It is a part of the Artemis programme of NASA

Phil Mickelson has won the 2021 PGA Championship and created a new golf history. he became the Oldest Major Winner in Golf History at 50 years 11 months, and 7 days.