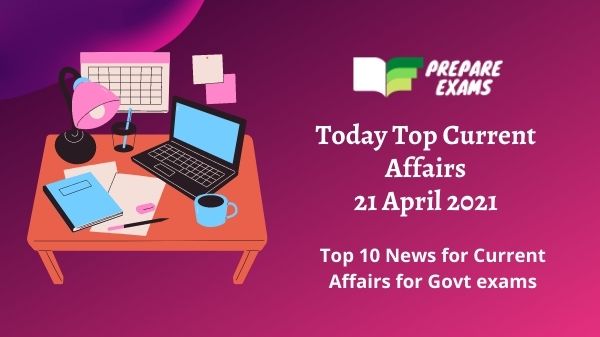 The Christmas Pig Book by JK Rowling in October 2021

On 20th April 2021, the latest World Press Freedom Index 2021 has been released and India has given 142nd position among 180 countries and remains “one of the world’s most dangerous countries” for journalists. in the last year 2020, India was at 142nd position.

National Civil Service Day is marked on 21st April every year in India to appreciate the tremendous work done by officers engaged in public administration, in departments of the central and state govts.

The former Reserve Bank of India (RBI) Governor Maidavolu Narasimham has died at the age of 94. Narasimham died on 20 April 2021 in Hyderabad from COVID-19 complications.

The former US Vice President Walter Mondale has taken his last breath at the age of 93.