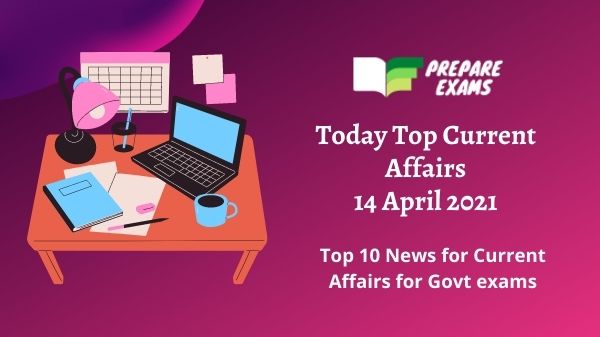 Dronacharya awardee shooting coach Sanjay Chakravarty has passed away at the age of 79. he was suffering from coronavirus.

The World Chagas Disease Day is observed on 14th April every year across the world.

It aims to create public awareness and visibility among individuals regarding Chagas Disease (also known as American trypanosomiasis) and the resources needed for the prevention, control or elimination of the disease.

The day of 13th April is observed as International Turban Day since 2004. the main purpose of this day is to create awareness of the strict requirement on Sikhs to put the turban as a mandatory part of their religion.