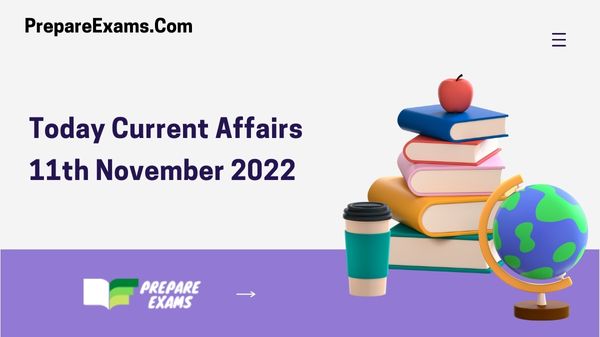 Indian Army has launched a single window facility named Veerangana Sewa Kendra (VSK) for the welfare and grievances redressal of Veer Naris. President Army Wives Welfare Association (AWWA) inaugurated this project on 10 November 2022 at the premises of the Directorate of Indian Army Veterans (DIAV) premises located at Delhi Cantt. the motto is “Taking Care of Our Own, No Matter What”.

Science and Technology Minister Jitendra Singh unveiled India’s first national repository for life science data, which has been generated from publicly-funded research in the country. The ‘Indian Biological Data Centre’ (IBDC) was established at the Regional Centre of Biotechnology and has a data storage capacity of four petabytes and is also home to the ‘Brahm High-Performance Computing facility.

Five Indian-American lawmakers elected to US House of Representatives

Five Indian-American lawmakers from the ruling Democrat Party have been elected to the US House of Representatives in the United States midterm elections. Sri Thanedar, Raja Krishna Murthy, Ro Khanna, and Pramila Jayapal won and Indian Americans made up 1% of the total US population of 33.19 crore Americans.

Prime Minister Narendra Modi will inaugurate Terminal 2 of Kempegowda International Airport in Bengaluru on November 11th, 2022. The terminal has been built at a cost of around Rs 5,000 crore. it will also handle around 5-6 crore passengers annually.

What is Sovereign Green Bonds Framework?

The Central Government has elected the Retired High Court Chief Justice of Karnataka Justice Rituraj Awasthi as chairperson along with other five members for the 22nd Law Commission on November 7, 2022.

NMDC vigilance department released the first edition of its in-house vigilance magazine “Subodh” at the Head Office in Hyderabad to foster honesty and transparency among all stakeholders.

National Fisheries Development Board (NFDB) was awarded the “India Agribusiness Awards 2022” for the best Agribusiness Award. The India International Agro Trade and Technology Fair – 2022 has been conducted to commemorate the services and support extended to the fisheries sector.

The International Cricket Council (ICC) released the T20I batsmen rankings. as per the list, Indian Batsman Suryakumar Yadav has ranked first with 869 points. Followed by Pakistan’s Mohammad Rizwan and New Zealand’s Devon Conway is in the 2nd and 3rd place in this list with 830 points and 779 points respectively. Virat Kohli has ranked 11th position in the list.

In India, National Education Day is celebrated on 11th November every year. the main purpose of the day is to commemorate the birth anniversary of Maulana Abul Kalam Azad who was the first education minister of independent India.