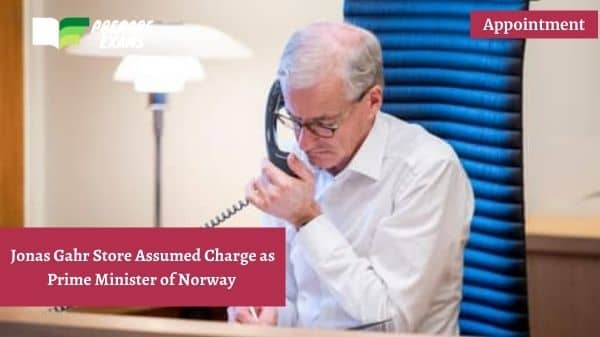 Jonas Gahr Store has assumed the charge of the Prime Minister of Norway. his appointment has come into effect from October 14th, 2021.