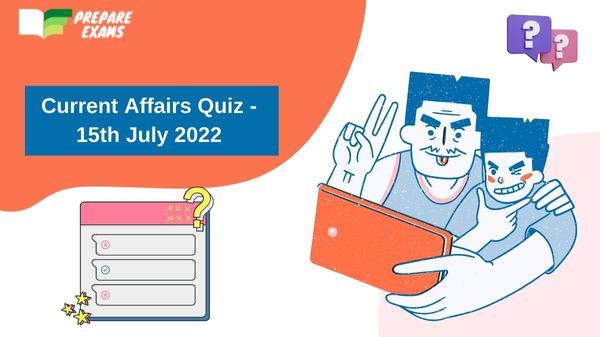 1)Name of the country which is not a member of the I2U2 grouping of nations?

Explanation: The I2U2 is a four-nation grouping and “I” stands for India and Israel, and “U” for the US and the UAE.

Explanation: Union Minister for Road Transport and Highways Shri Nitin Gadkari said that the Dwarka Expressway, which will be India’s first elevated urban expressway, will be operational by 2023. Dwarka Expressway is also known as the Northern Peripheral Road in the Haryana portion and will connect Dwarka in Delhi to Gurugram in Haryana.

3) Nasscom Foundation joined hands to set up DigiVaani Call Center for helping women farmers scale up their business with which company?

Explanation: Nasscom Foundation and Google have joined hands to set up a call centre in collaboration with a not-for-profit body Indian Society of Agribusiness Professionals (ISAP) to help women farmers scale up their businesses.

Explanation: Defence Minister Shri Rajnath Singh has launched 75 defence products powered by artificial intelligence as part of ‘Azadi Ka Amrit Mahotsav’ celebrations at the first-ever ‘AI in Defence’ symposium and exhibition which has been organised by the Ministry of Defence in New Delhi.

5) Luis Echeverria Alvarez who passed away at the age of 100, served as President of which country?

6) United Arab Emirates (UAE) announced to make an investment of ———— amount to develop a series of integrated food parks across India, as a part of I2U2 commitment.

Explanation: The United Arab Emirates (UAE) also announced to make an investment of $2 billion in order to develop a series of integrated food parks across India to help tackle food insecurity in South Asia and the Middle East.