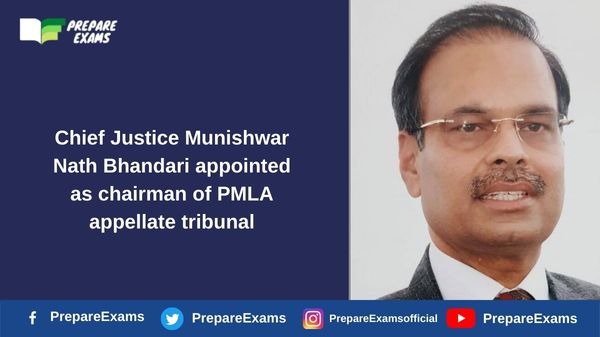 Chief Justice Munishwar Nath Bhandari appointed as chairman of PMLA appellate tribunal – The Centre has appointed Justice M N Bhandari as the Chairman of the Appellate Tribunal under the Prevention of Money Laundering Act (PMLA) for a period of 04 years, or till attaining the age of seventy years, or until further orders. Justice Bhandari retired on September 12. The post of the Chairperson of the Tribunal was vacant since September 2019.