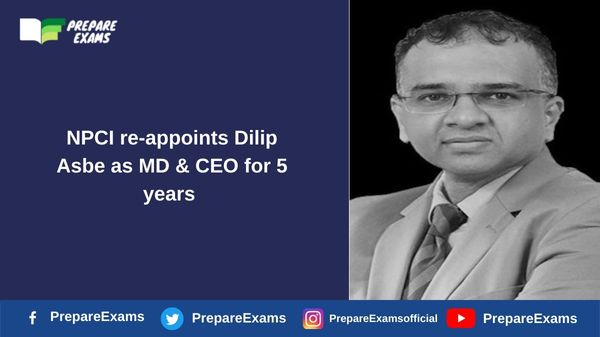 NPCI re-appoints Dilip Asbe as MD & CEO for 5 years – The National Payments Corporation of India (NPCI) has decided to reappoint Dilip Asbe as the managing director and chief executive officer (MD&CEO) of the company for a period of five years with effect from January 8, 2023.