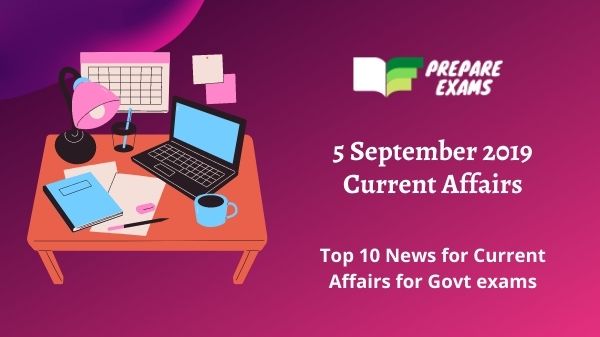 India is contributing USD 22 million to the Fund for AIDS, TB, Malaria globally

Investment of Rs 25,000 crore in upcoming 5 years to rebuild to fishery infrastructure

In the next 20 years, Russia intends to establish more than 20 nuclear power plants in India

Exercise Yudh-Abhyas 2019 between India And USA

it is necessary for all banks to attach retail and MSME loans with external benchmark, says RBI

WEF Report: India ranks 34th on the list of competitiveness in transport and tourism

Virdhawal Khade and Rujuta couple are the India’s fastest swimmers