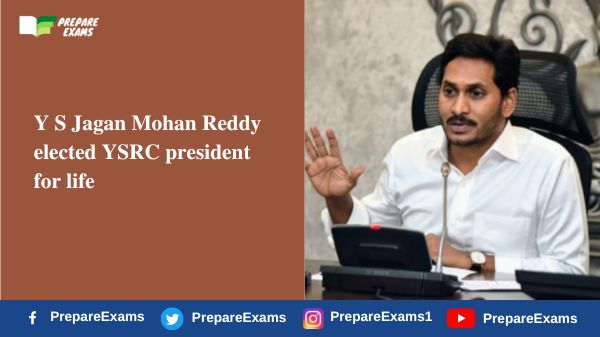 Andhra Pradesh Chief Minister Shri Y S Jagan Mohan Reddy has been elected as “president for lifetime” of Yuvajana Sramika Rythu Congress(YSRC) on Saturday. The decision of his appointment was made on the concluding day of the YSRC’s two-day plenary after an amendment to the party’s constitution.