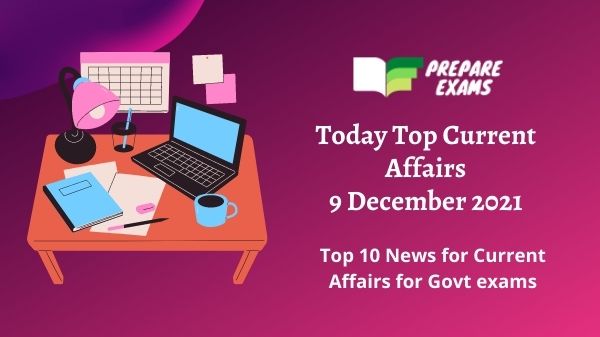 The Federation of Indian Chambers of Commerce and Industry (FICCI) has announced to appointed Hindustan Unilever Chairman & Managing Director, Sanjiv Mehta as its President.

Who is Sanjiv Mehta

The Reserve Bank of India’s (RBI) Monetary Policy Committee (MPC) kept the repo rate unchanged at 4 per cent for the 9th consecutive time.

Paytm partners AWS to offer its startup toolkit for entrepreneurs

Indian leading digital ecosystem for consumers and merchants Paytm has made a partnership with Amazon Web Services (AWS) in order to offer its startup toolkit to startups onboarded on AWS Activate, a program that offers startups free tools, resources, and more to quickly get started on AWS.

11th edition of the Joint Military Exercise Ekuverin between the Indian Army and the Maldives National Defence Force will be organised at Kadhdhoo Island, Maldives. Indo Maldives joint Exercise Ekuverin aims to enhance defence cooperation and bilateral relations between both nations.

Every year, The International Day of Commemoration and Dignity of the Victims of the Crime of Genocide and of the Prevention of this Crime is observed on 9th December.

Every year, International Anti-Corruption Day is observed on 9th December across the world. the main purpose of this day is to raise awareness of the importance of getting rid of corruption.