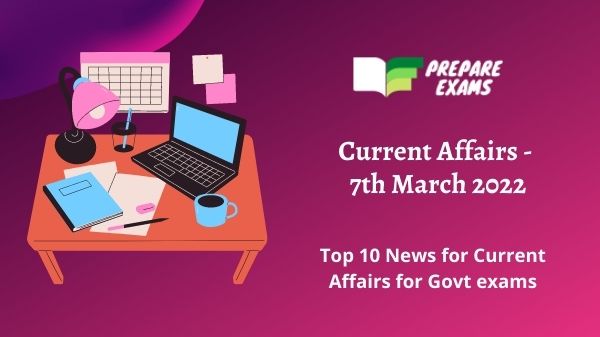 ‘The Blue Book’ by Author and Journalist Amitava Kumar

The Queen Of Indian Pop: The Authorised Biography Of Usha Uthup by Srishti Jha

On 28th February 2022, The Queen Of Indian Pop: The Authorised Biography Of Usha Uthup has been released, is published by Penguin Random House India (PRHI).

India captain Mithali Raj has become only the third cricketer and the first woman to appear in six World Cups and has joined the list with Sachin Tendulkar and Pakistani great Javed Miandad.

The 53rd Raising Day of the Central Industrial Security Forces (CISF) was held on March 06, 2022, in Ghaziabad, Uttar Pradesh.