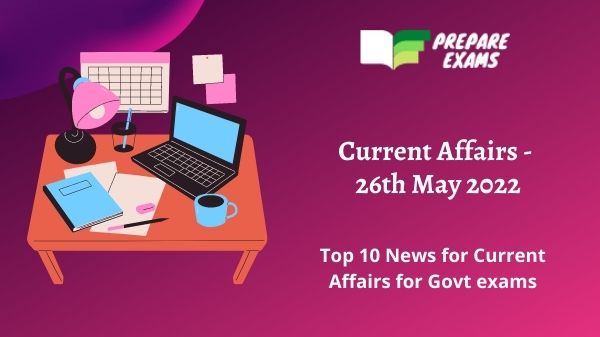 HDFC Bank launched a new range of co-branded credit cards primarily targeted at chemists and pharmacies in the merchant segment with Retailio and Will cover over 1.4 lakh merchants in the first phase of its roll-out.

Uttarakhand government has signed an MoU with Bharat Petroleum Corporation Limited (BPCL). while signing an MoU, Uttarakhand Chief Minister Pushkar Singh Dhami was present for the promotion of the renewable energy industry and other projects in the state.

Minister of State for Culture and External Affairs Smt. Meenakshi Lekhi participated in the 7th BRICS Culture Ministers’ Meeting through video conference, which was hosted by the People’s Republic of China.

State Bank of India (SBI) announced the introduction of Real Time Xpress Credit on its Yono platform which will allow eligible customers to get personal loans of up to ₹35 lakh.

Veteran Communist leader and three-time Member of Parliament Shivaji Patnaik passed away at the age of 93. Shivaji Patnaik is lauded as the founder of CPI (Marxist) in Odisha.

Music Academy has announced to present the Sangita Kalanidhi and other awards to various artistes from the period 2020 to 2022.