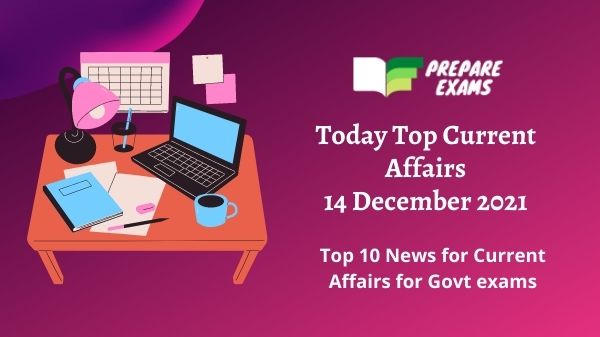 India assumed the chairmanship of Council of RATS SCO

India has assumed the Chairmanship of Council of Regional Anti-Terrorist Structure of Shanghai Cooperation Organization (RATS SCO). India will hold Chairmanship for a period of one year from October 28, 2021.

India’s Harnaaz Sandhu has crowned the 70th Miss Universe 2021 which was held in Eilat, Israel. The 21-year-old Harnaaz from Punjab claimed the crown and edged out Paraguay’s Nadia Ferreira and South Africa’s Lalela Mswane.

Who is Neena Gupta

LIC Gets RBI’s Approval To Hold 9.99% Stake In IndusInd Bank

India’s largest insurer Life Insurance Corporation of India (LIC) has been allowed by the Reserve Bank of India (RBI) to raise its holding in private lender IndusInd Bank to 9.99 per cent from the existing 4.95 per cent.

About Reserve Bank of India (RBI)

The Union Ministry of Electronics and Information Technology (MeitY) has awarded Karnataka Bank with two DigiDhan awards instituted for achieving the target with the highest percentage in BHIM-UPI transactions under the private sector bank category consecutively for two years 2019-20 and 2020-21.

Catherine Russell appointed as the new head of UNICEF

Secretary-General Antonio Guterres has announced to appoint an assistant to U.S. President Joe Biden Catherine Russell as the next head of the U.N. children’s agency UNICEF.

Who is Catherine Russell

Asian Development Bank (ADB) has given its approval for a $350 million (which is around 2653.05 crore in Indian Rupees) loan amount. the loan amount will be used for improving urban services in India.