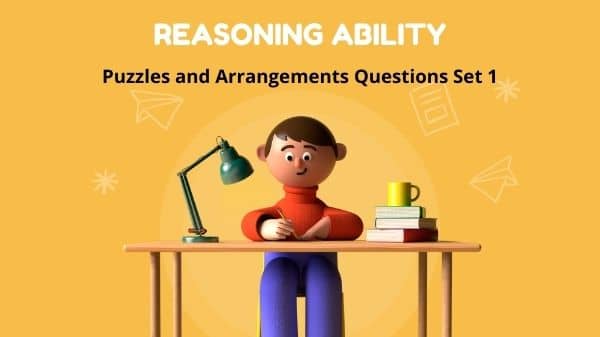 Direction(1-5): Read All information carefully then, answer the Given questions :

Seven employees live on seven different floors of a building, in such a way that the ground floors is no. 1 and the top floors is no. 7. Each of them works as developers in seven different companies i.e. Wipros, Infosys-One, Google-One, Microsofts, Syntels, MCL and HCLs but not in the same order. Fara is living on an even number of floors. there are Three persons live between Fara and the one who is working in Microsofts. The one who do job in Wipros lives just above Priya, who lives at even number floor. Himanishi lives above Gaurav kumar and both of them live at odd number floor.

Direction(6-10): Read All information carefully then, answer the Given questions :