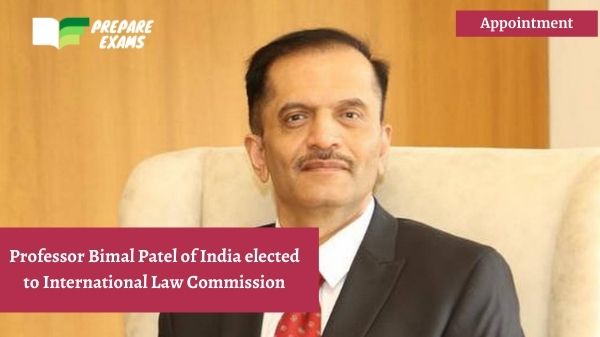 Indian Professor Bimal Patel has been elected to the International Law Commission for a period of 5-years. Bimal Patel’s term will come into effect from January 1, 2023.