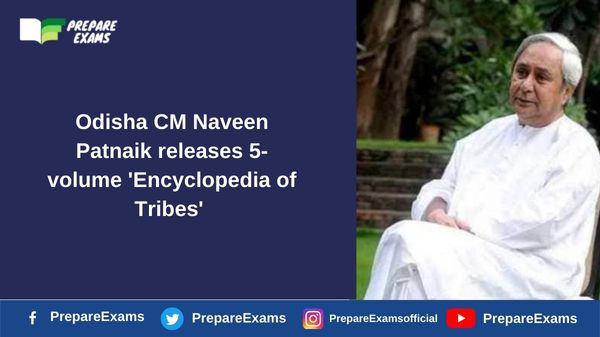 Odisha CM Naveen Patnaik releases 5-volume ‘Encyclopedia of Tribes’ – Chief Minister Naveen Patnaik released the ‘Encyclopaedia of Tribes’ in Odisha which covers the traditions and cultures of all the 62 tribal communities living in the state. The Books will act as a treasure and repository for all academicians, researchers, policymakers and those interested to know about the tribal communities of the state.