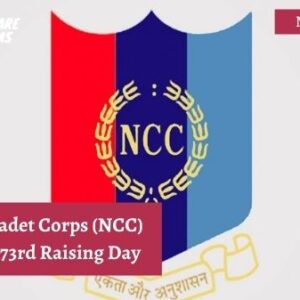 The youth wing of the Indian Armed Forces and the largest uniformed youth organisation National Cadet Corps (NCC) has celebrated the 73rd anniversary of its raising on 28th November.

When was National Cadet Corps Come into founded?

The National Cadets Corps was founded on 16th July 1948

What is the Motto of NCC?

When is the NCC Day observed?

The NCC Day is observed on the 4th Sunday of November month every year.