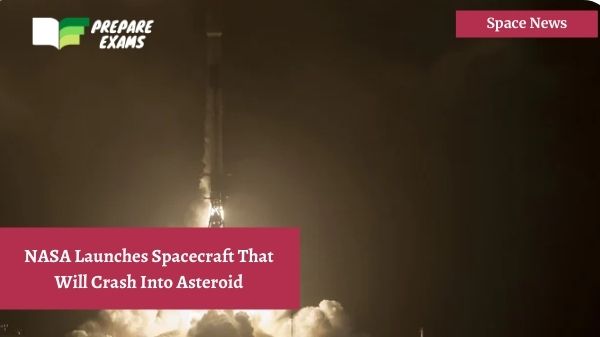 NASA Launches Spacecraft That Will Crash Into Asteroid

USA’ Space agency NASA has launched a mission named DART (Double Asteroid Redirection Test) to smash a spacecraft into an asteroid – the world’s first to test asteroid-deflecting technology. DART will crash into the asteroid to alter its speed and course.