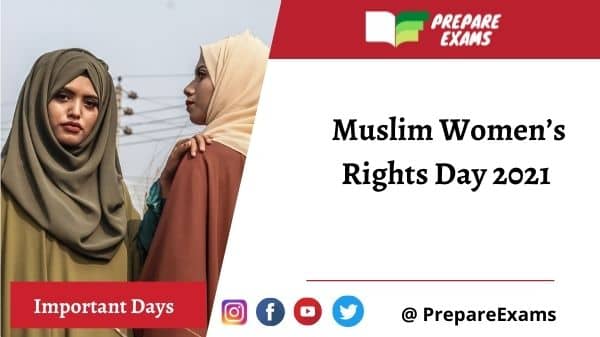 Muslim Women’s Rights Day is observed on August 1st every year in India to celebrate the enactment of the law against Triple Talaq. on this day, the triple talaq bill was passed in Parliament in 2019 to promise to liberate Muslim women from the shackles of social evil that came in the form of divorce terms. The Indian Govt brought the Muslim Women Act (Protection of Rights on Marriage) to the Rajya Sabha.