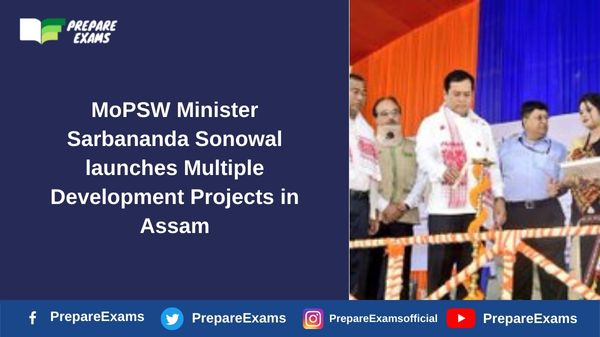 The Union Minister of Ports, Shipping & Waterways (MoPSW) and Ayush – Sarbananda Sonowal launched multiple projects for the development of the Bogibeel region near Dibrugarh in Assam. Sonowal has also laid the foundation stones for the construction of two floating jetties at Bogibeel and Guijan, and made the inauguration of the ‘Bogibeel Riverfront Passenger Jetty’.