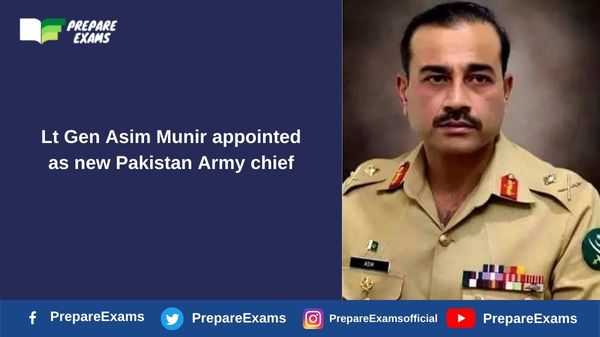 The former chief of the Inter-Services Intelligence (ISI) agency Lt Gen Asim Munir was appointed as the new chief of the Pakistan Army by Prime Minister Shehbaz Sharif, as a successor to General Qamar Bajwa. He will serve as Pakistan’s 17th army chief since it became independent. at present, Lieutenant General Munir is serving as the Quarter Master General at the General Headquarters (GHQ).