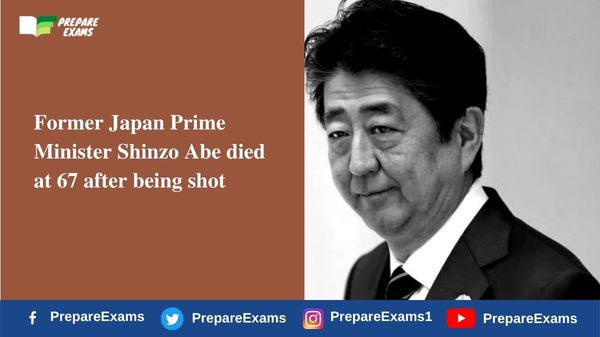 Former Japanese Prime Minister Shinzo Abe died at 67 after being shot by a 41-year-old man during an election speech. The 67-year-old Abe was Japan’s longest-serving leader and stepped down for health reasons in 2020.