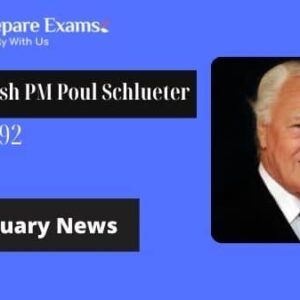 The former Prime Minister of Denmark, Poul Schlueter has passed away at the age of 92. he has served as the prime minister of the country between 1982 and 1993.