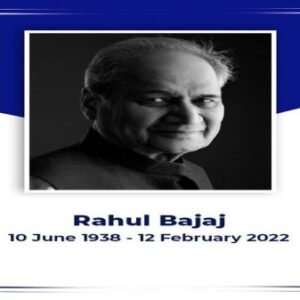 Former Chairman of Bajaj Auto Rahul Bajaj passes away at 83 – Veteran industrialist and head of the Bajaj group has died at the age of 83 due to pneumonia and also a heart problem.