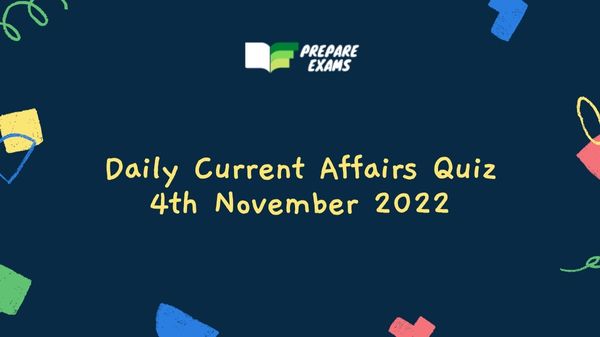 Q3. Jakson Green signed an MoU with which state governments to invest Rs 22,400 crore in order to establish a green hydrogen and green ammonia project, in phases.

Q4. Which agencies/ministries released a press note on the Employment Outlook of the country, aimed at covering the period September 2017 to August 2022 based on the administrative records available with selected government agencies?

Q5. Researchers from NASA Jet Propulsion Laboratory and which of the following Institutes in India have studied the interactions between microbes in the International Space Station in October 2022?

Q6. In October 2022, which soft drinks company becomes a $1-billion brand in the Indian market?

Q7. Who is appointed as the acting chairperson of the Competition Commission of India (CCI)?

Q8. World Day for Audiovisual Heritage (WDAH) is celebrated on which date every year?

Q9. Indian Army Infantry Day is celebrated on October 27th every year in India. in 2022, the Indian army celebrates its ———– Infantry Day.

Q10. Which Institution received the Union Home Minister’s Trophy for the “Best Police Training Institution for Training of Gazetted Officers for the year 2020-21”?

Q11. The dirtiest man in the world, who passed away, name it?

Q12. The Accession Day of Jammu and Kashmir is observed on which date with the Union of India across the Union Territory?

Q13. Which film was declared the best Indian film of all time by the International Federation of Film Critics (FIPRESCI)?

Q14. Who was appointed as the chairperson of the United Nations specialized aviation agency’s Air Transport Committee (ATC)?

Q15. Bestu Varas or the ————– New Year is observed a day after Diwali on the Pratipada Tithi in the month of Kartik.