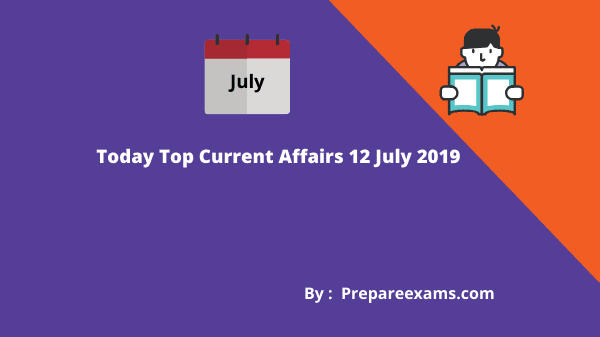 Dear Students, We are providing you Today Top Current Affairs 12 July 2019  Daily Updated Current Affairs about the National and International Issues. Have a look Current Affairs of every day here and keep yourself updated with Daily news. students those who Wants to get job in IBPS/SBI/PO/Clerk can take help of this and along with test Your Level of knowledge with Current Affairs Quiz.

Discussion Between India And Russia to increase cooperation in space

No charges on RTGS, NEFT processes by SBI

The Day of 12 july is observed as World Malala Day to to give message to depart education in the world.

National Simplicity Day is celebrated by peole every year across the world. it aims to honour Henry David Thoreau