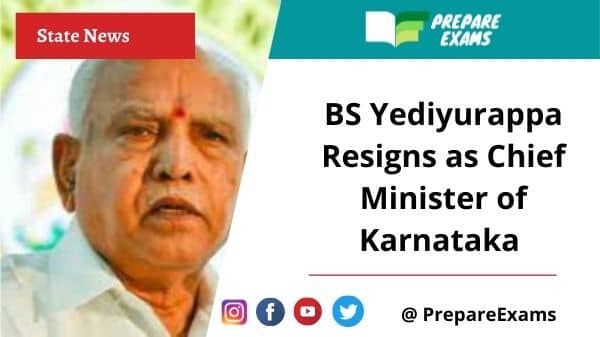 On 26th July 2021, The Chief Minister of Karnataka Shri BS Yediyurappa has announced his resignation from the top post. he took resignation when his government completed two years in the state. his govt came into power in 2019.