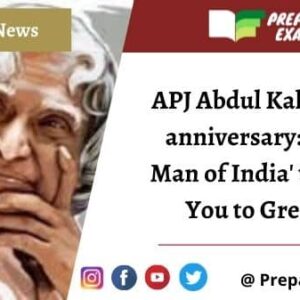 Dr. APJ Abdul Kalam (Also known as ‘Missile Man of India’) was born on October 15, 1931, at Rameswaram in Tamil Nadu. On 27th July 2015, he collapsed and passed away due to a cardiac arrest during delivering a lecture at the Indian Institute of Management, Shillong.