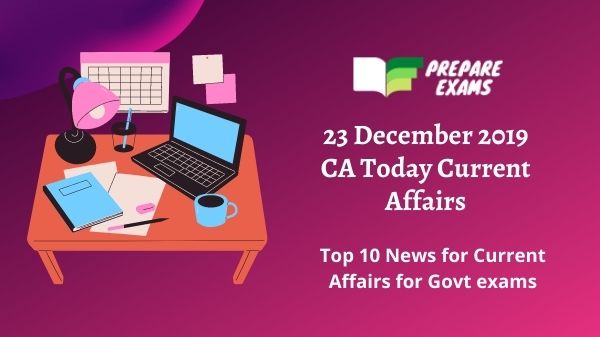 As per study of ICMR, 1 out of 7, suffers with mental disorders

Approximately one in seven people in India suffered severe mental disorders in 2017 with 45,7 million and 44,9 million in each country being affected by the most common mental disorders.

Due to pollution, India accounts most deaths in world

Pollution was found to be the world’s largest environmental cause for premature death, leading to 15% of all deaths-some 8,3 million people-in the Global Alliance on Health and Pollution (GAHP).

To Archeologist R. Noted, Bangladesh Culture Minister K.M. Khalid awarded to Nagaswamy for his contribution to music, archeology, history and culture during the Silver Jubilee International Conference of Art in Dhaka.

Vernon Philander takes retirement from all forms of cricket

All-rounder Vernon Philander in South Africa announced an international cricket retirement after concluding the next test series against England Philander.

Senior arty leader of Congress Pradesh Banwari Lal Sharma has taken his last breath at the age of 61.