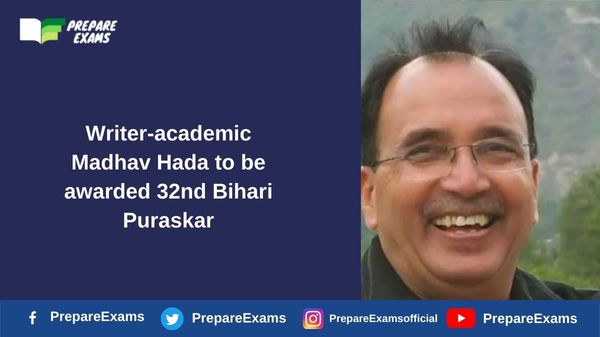 Writer-academic Madhav Hada to be awarded 32nd Bihari Puraskar – Writer Dr Madhav Hada will be honoured at the 32nd Bihari Puraskar for his 2015 literary criticism book ‘Pachrang Chola Pahar Sakhi Ri’, which has been announced by the KK Birla Foundation. Hada A literary critic and academic, has written extensively on literature, media, culture and history. Madhav Hada has also been a member of the general council of the Sahitya Akademi and the Hindi Advisory Board.