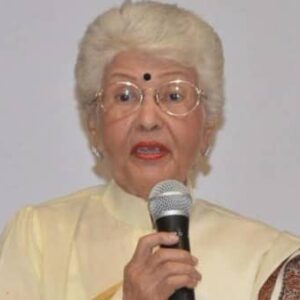 Veteran actress Shashikala passes away at 88 in Mumbai

The famous actress Shashikala has taken her last breath at the age of 88 in Colaba, Mumbai. she has worked in over 100 Bollywood films. She was known for her work in films such as Daku, Raasta and Kabhi Khushi Kabhie Gham.