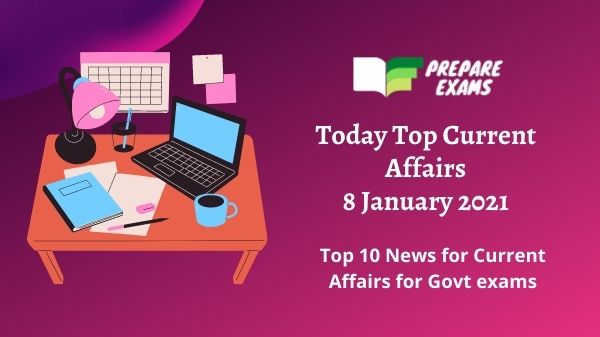 NSO estimated GDP of India to contract 7.7% in FY21

On 7th Jan 2021, the National Statistical Office (NSO) has estimated regarding India’ GDP and said that it will be to contract by 7.7% for FY2021.

Punjab National Bank (PNB) is going to establish Fintech Innovation Centre. for this, PNB has made partnerships with IIT Kanpur and the Foundation for Innovation & Research in Science & Technology (FIRST).

The oldest first-class cricketer of the world Alan Burgess has taken his last breath at the age of 100. he was from New Zealand country.