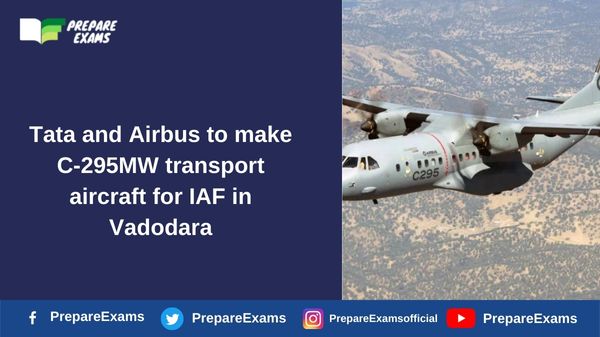 Tata and Airbus to make C-295MW transport aircraft for IAF in Vadodara – The government announced a transport aircraft manufacturing facility for the Indian Air Force will be established in Vadodara in order to achieve a milestone in the highly competitive aviation industry and boost its Make-in-India defense program.