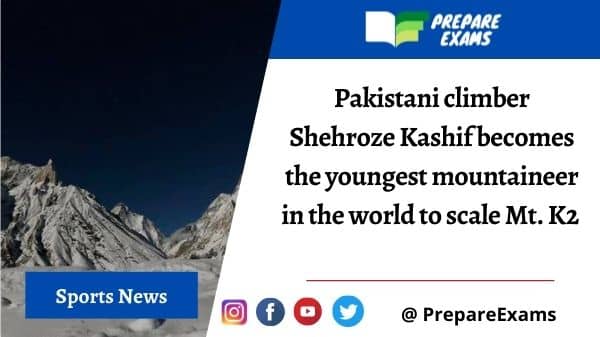 A 19-year old Pakistani climber Shehroze Kashif has become the youngest person in the world who has reached the summit of K2, the second-highest peak in the world.