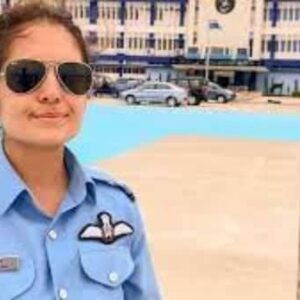 Flying Officer Mawya Sudan has been inducted as a fighter pilot in the Indian Air Force (IAF) and becomes the first woman from Jammu and Kashmir.

Congratulations to Mawya Sudan, daughter of J&K, who has been commissioned as a Flying Officer in the Indian Air Force. It is a matter of immense pride & joy to see you scripting history. With this achievement, you have lent wings to the dreams of millions of our daughters. pic.twitter.com/3zShaz9Dmv

Who is Flying Officer Mawya Sudan