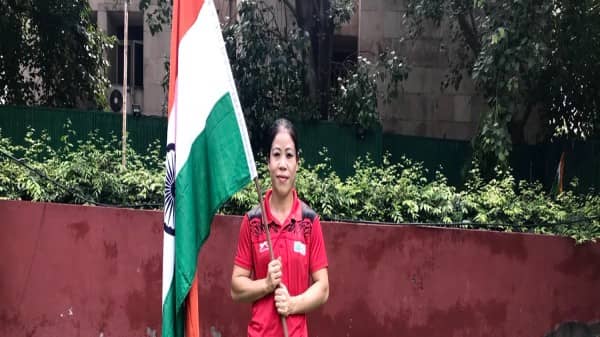 Mary Kom as chairperson of AIBA’s champions and veterans committee

M C Mary Kom has been elected as the chairperson of the International Boxing Association’s (AIBA) champions and veterans committee. she is a six-time world champion.

Thank you so much @Kremlev_U @AIBA_Boxing President and all boxing family for giving me the new assignment. I will give my best and put my voice for the upliftments of @AIBA_Boxing @BFI_official @Media_SAI pic.twitter.com/jKOSrFHEcO