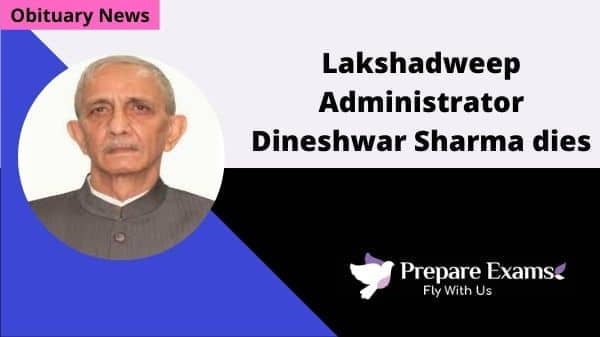 On 4th Dec 2020, The Lakshadweep administrator Shri Dineshwar Sharma Ji has taken his last breath at the age of 66. he was suffering from lung-related complications. he has played an important role in supporting India’s policing and security apparatus.