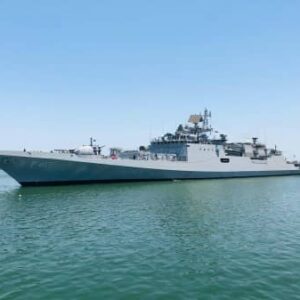 Indian Navy has begun an Operation named Samudra Setu-II in order to make Speedy Shipment of Oxygen-filled Containers to India From Other countries amid COVID-19.

Prior to this, the Indian Navy launched Operation Samudra Setu in 2020 and repatriated over 4,000 from the Maldives, Sri Lanka, and Iran.