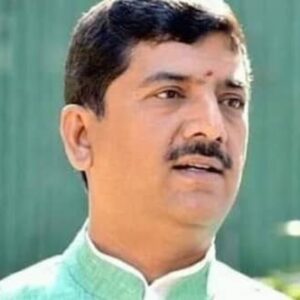 Former BJP MP from Sant Kabir Nagar Sharad Tripathi has passed away at the age of 49. he was suffering from a prolonged illness and was taking treatment at Medanta hospital in Haryana’s Gurgaon.

PM Modi tweets on Tripathi’s death and said “Shri Sharad Tripathi’s untimely demise has left me as well as many others saddened. He loved serving society and working for the downtrodden. He made unique efforts to popularise the ideals of Sant Kabir Das Ji. Condolences to his family and supporters. Om Shanti,”

Shah has said “Tripathi’s demise is a big loss to the party”.